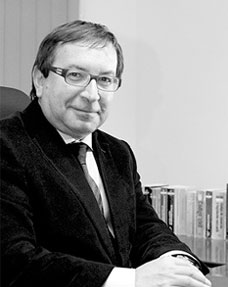 Miquel graduated in law from the Balearic Islands University in 1980. He joined the Balearic Law Society in 1982 when he set up his own practice in Palma de Mallorca.

After working in the island’s capital for five years, he opened his office in Pollença, where he has practised his profession for the last 25 years, running the office and co-ordinating its staff in all fields of work. He focuses primarily on administrative law, urban planning and civil law. His knowledge and experience of administrative law, especially planning law, has enabled him to act as advisor to Mallorcan municipalities (Pollença and Campanet), as well as government agencies and private development enterprises.

In 1987-88 he combined his law practice with technical and secretarial positions on Pollença Town Council, where he still acts as a lawyer and external consultant. He played an active part in drawing up the General Urban Development Plan that was finally adopted in 1990, and was also the legal advisor to the team that drafted the Regional Plan for Mallorca, which was finally adopted in 2004.

Miquel has given talks and lectures on town and country planning in Mallorca, and has taught on the University specialist course in Town and Country Planning Law, organised by the University of the Balearic Islands.