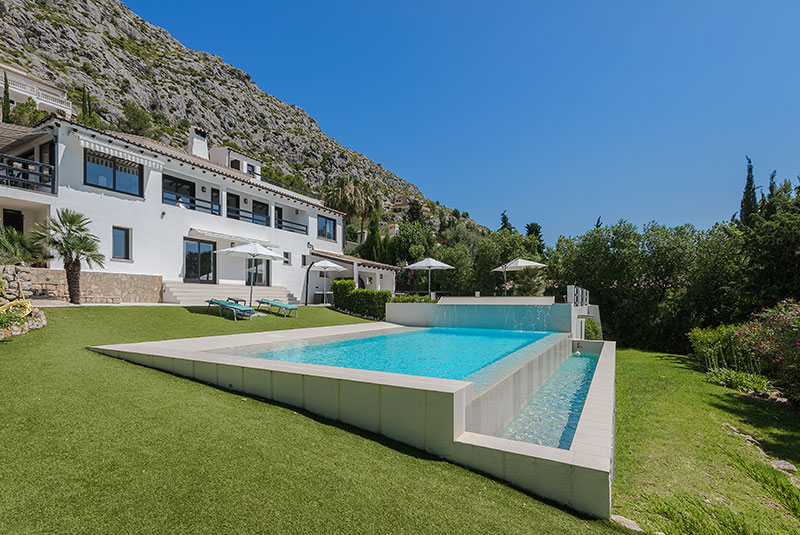 The average price of luxury properties in this region was around 6,700 euros per square meter in the first semester of the year, what implies an increase of  3% compared to same period last year, according to the last real estate reports published.

Most of these properties have very specific characteristics. The luxury real estate sector focus on properties with a price range from 500,000 to three million euros and with an area of between 150 square meters and 500 square meters.

The average selling time of a luxury property during the first semester of the year has been 5 months at a national level, 10% less than the average in 2017, and only 2 months in the most touristic areas, the same selling time as in the second semester of 2017. By nationality, the French have been the fastest buyers of luxury properties, with an average of 2 months, followed by the British and German (3 months), Belgian (4 months), Scandinavian and Russian (5 months), Spanish and Italian (6 months)  and Chinese (8 months).

Regarding the Balearic Islands, the increase in prices has exceeded a year-on-year increase of 5% bordering in some cases levels of 10,000 euros per square meter. The good climate of the Mediterranean is the perfect claim for those seeking a second residence, buying or renting. Tourism demand is usually quite high, which encourages investors that seek the profitability of sun and beach tourism.

Foreign investors play a fundamental role in the Balearic real estate market. In the first quarter of this year, one out of every three properties sold on the islands was bought by foreigners and, together with the Canary Islands, the Balearic Islands are the preferred destination for foreigners to invest in housing in Spain, according to data from the Registrars Association.

The exposure of the Balearic real estate market to foreign demand remains high and growing. Although it is considered that in this situation there are still no clear symptoms of a bubble, it is not strange to think that the current price rises seem unsustainable and should begin to moderate during 2019.

To this solid demand contribute a favorable economic cycle – the expansion cycle will continue – the lower level of unemployment and the positive evolution of employment, as well as better access to financing. Not forgetting the boost of investment in housing in a scenario of interest rates close to 0% in savings and even the negative profitability currently provided by fixed rentals in the short and medium term – the gross return for house rentals stands at 4.1% according to data from the Bank of Spain.